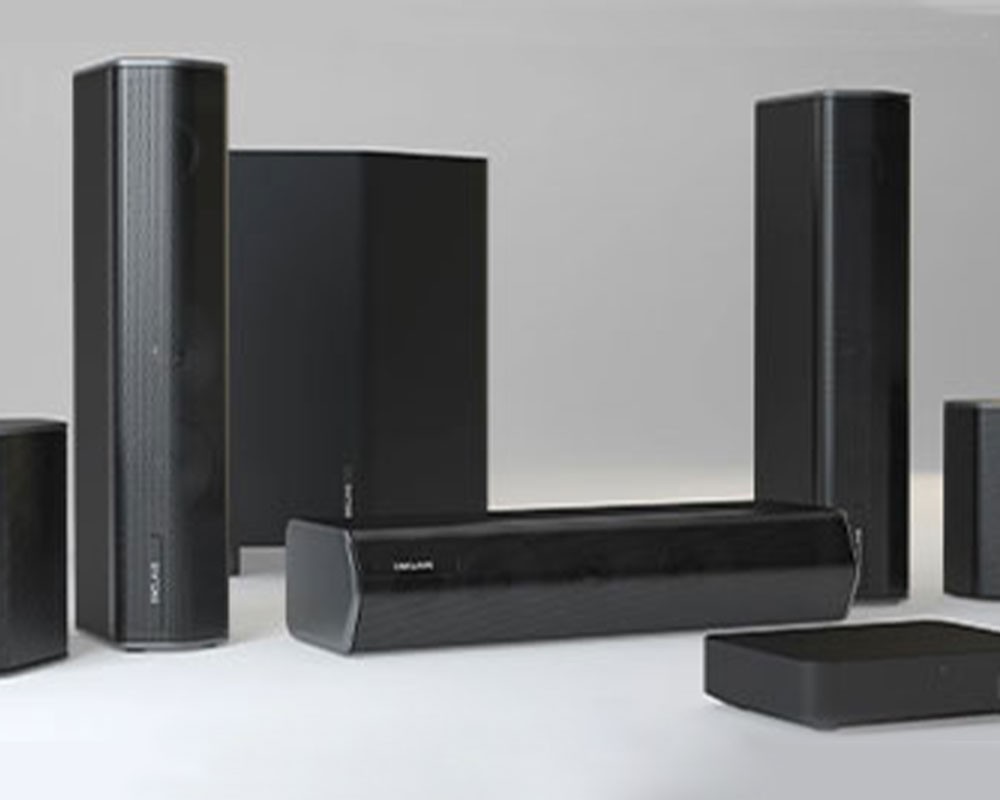 As if being the world’s first THX Certified WiSA Home Theater Surround system isn’t cool enough, Enclave Audio’s Cinehome system is called the “Soundbar Killer” and has an easy setup with very few wires other than powering the speakers.

Clearly, the CineHome II CineHub Edition has all the potential to allure consumers with its features alone, but add amazing surround sound and an affordable price point? Well, you might be installing a lot of these systems. Good thing you’ll find setup is a breeze.

Speakers can wirelessly receive audio information from a receiver. There are subwoofers that can get their sound signal wirelessly from a paired soundbar. However, the joy and aesthetics of going wireless requires going with top brands that come with a hefty price tag, which takes wireless out of some of your customers’ realm of possibilities.

The Enclave Audio CineHome II CineHub Edition is priced retail around $1,100. Not too shabby, considering it delivers a powerful surround sound that’ll keep movie watchers on the edge of their seats… or couches as the case may be. With no AV receiver, no Wi-Fi and no passwords required and no routing cables, your customers can simply enjoy THX sound quality.

What Comes in the Box?

While dubbed a “wireless” home theater sound system, each speaker comes with a cord that must be plugged into a power source. The speakers themselves connect wirelessly to the CineHub resulting in a notable reduction of wires running between the components. Not exactly wireless, but darn close.

Out of the box, each speaker is clearly labeled with its suggested position. Setting and controlling audio levels is a breeze with compatible TVs.

Once set up, you’ll see just how “out of the box” this home theater sound system really is. It’s WiSA certified, meaning a high-quality signal is sent to the speakers (24 bits at 48kHz/96kHz) with near-zero latency, so the speakers are always in sync with each other for crisp audio.

This is a nice feature considering many are now listening to music through apps on their smart TVs. For both music and movies, the rear satellite speakers deliver full HD surround sound quality. CineHub can stream music from a phone via Enclave’s Bluetooth connection. Through Enclave’s smartphone app, users control speaker volume and settings, as well as find firmware updates and handy answers to frequently asked questions.

With no soundbar, minimal wires, bold THX full surround sound, an appealing price tag, and simple setup and operation, Enclave is on the market with the CineHome II CineHub Edition, and its wireless technology that works like a dream.